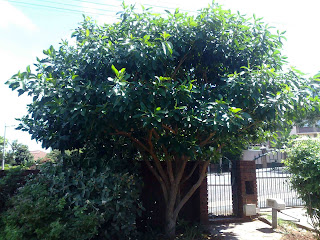 Tabernaemontana elegans
Toad Tree
This small to medium sized tree is perfect for a small garden. It reaches about 3-8m in height, with a single roughly fissured corky trunk. Its evergreen foliage is always a rich glossy green colour. It bears clusters of white star shaped flowers from the start of spring to the end of summer. The fruit is usually in pairs, with a look and texture similar to a toads skin.

It will grow in semi shade to full sun, and requires moderate water in well draining soil. It is frost hardy to an extent.

I love this tree for so many reasons. You can't go wrong, whether you choose it for its small size, foliage that always looks amazing, its pretty flowers or unusual fruit and bark. 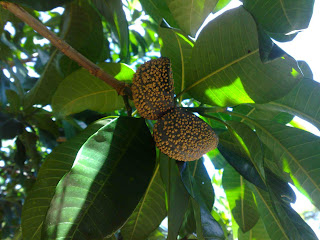 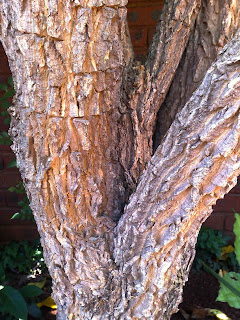 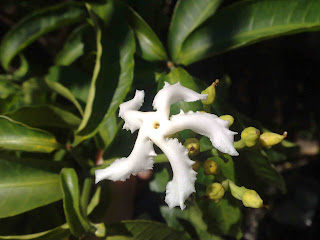 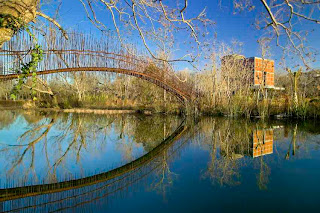 This bridge by Miro Rivera Architects, is one of the best designs I've seen. Its simple, beautiful and unique. It was inspired by the reeds around the lake, and blends effortlessly into its surroundings. The steel has been left to rust and appear even more natural over time. 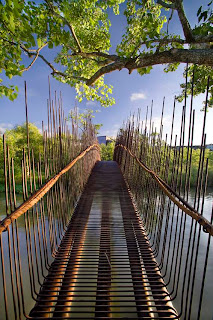 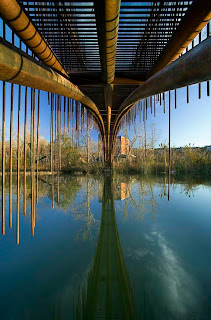 How To Grow The Best Lawn Grass 3

After looking at whether you should be using grass, and what types of groundcover are best suited to your garden. The next step to consider, is how is your earth?

Soil is probably the biggest factor (that we can control), that has the most effect on the health of a lawn. Strangely enough its usually the part that most people give the least consideration to. 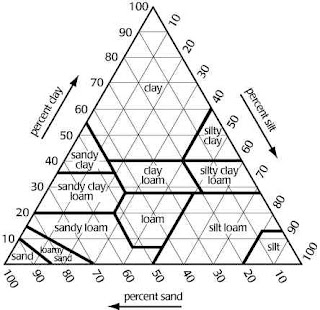 The ideal earth for most lawn grasses is a sandy loam soil with a pH of between 6 and 7. Too much sand and the water and nutrients leach away from the roots too quickly. Too much clay, and the roots sit in water for too long and don't get enough oxygen. The earth should go to a minimum depth of 150-200mm.

If you are looking to improve your soil - whether you have too much clay or sand, then you can't go wrong by adding copious amounts of compost. The compost adds nutrients to sandy earth, and has the effect of breaking down the hardness of clay soil. The costs may be higher to begin with, but over time the amount of work - weeding, fertilising or repairing will be reduced considerably.

Preparation of the area should involve the following:
There are several methods of planting grass - each with their own advantages and disadvantages. These will be dealt with in a following post.
at March 24, 2008 2 comments:

How To Have A Debt Free Garden

Are you in debt with your garden? A post at Garden Wise Guy recently, got me thinking about how often I see gardens with plants planted in the wrong places. Like bad debt, these plants get out of control, causing damage and sapping your energy. The result is usually a completely discouraged gardener.
Decide how in debt you are by asking yourself these questions:
If you answered yes to most of these questions, then chances are, you're in debt with your garden, and probably see your garden as a chore.

A garden is a lot like money - if planned wisely, it can grow into something of great value. But unfortunately like most of us with bad money habits, we don't invest our plants in the right place. Sometimes the problem becomes so big that we find ourselves in a hole that we can't get out of.

Continuing the financial analogy, the best way to deal with these problems is to:
Obviously, prevention is better than cure. Read up, or ask your local nursery about the plant you are about to plant. Find out how big it gets, or what its roots will do in a few years time.
Rather than continually having to trim it back, plant something that will get to the height/size that you want it to.
If you have huge areas of lawn that require constant maintenance, reduce your lawn size, or even let an area of it grow wild and plant some wild flowers into it.

The most common problem plants that I see are Fig trees, Palm Trees, Wild Bananas, and Pandanus. These all start off quite innocently small and attractive, but get out of hand so quickly. Kikuyu grass can also be a nightmare to try and keep under control.

The Pandanus in this photo started off as a small spiralling little plant that is now threatening to move across the road. (You can't see him, but on the other side of the plant is a gardener trying his best to cut it back with a small bush knife!) 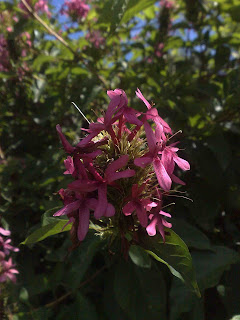 Ruttyruspolia 'Phyllis Van Heerden'
I feel a little apologetic for this perennially beautiful plant - that no-one has taken the care to give it a common name. Its Latin name is a bit of a mouthful, and usually mispronounced or misspelled.

It is a shrub that reaches 1-2m in height, and stays quite compact. If planted in the shade of taller plants - it will go scrambling for light.
It bears clusters of star-shaped warm pink flowers for most of summer. It should be pruned back well after it has finished flowering. It loves a sunny spot, with well draining soil.

It doesn't enjoy frosty conditions. Interestingly enough, it is a hybrid of 2 different genera (Ruttya and Ruspolia).

Any ideas for a common name? I've just finished a garden for a young family, that wanted to make full use of the garden around them. The area was initially 2 seperate gardens that had the dividing fence taken down and made into a single large garden with a pool and play area for the children.
One side had already been planted-up quite well, using almost entirely indigenous plants, while the other side consisted of a flat grassy area, and a steep bank which flanked the house, spotted with a hodge-podge of plants. When looking at the garden as a whole, I realised that the steep bank was probably the biggest area in the garden. It was almost un-usable because of its steepness - apart from the kids using it as a bit of a natural slide.

The soil was poor and sandy, and as a result the grass was only just covering the bank. Over the last decade or so the topsoil was slowly washing down the bank. The effects of which could be seen by the soil level on the side of the house which had slowly risen up to the tops of the drains.
My brief was simple: to landscape the garden and especially the bank, keeping the children in mind.

My first steps were...well...steps. After climbing the bank, I realised that the top of the bank was a really great place to look down on the rest of the garden and surrounds 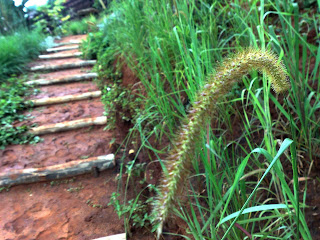 (in the shade of a wild banana). Getting to the top was less than appealing though!

To make use of the view and bank, I would have to make it easier to get to the top. Straight steps would have been the simplest to construct, but wouldn't have been very enticing, and may also cause erosion issues. I decided a gentle meandering pathway would also be the least strenuous and would create a more interesting journey on the way up. 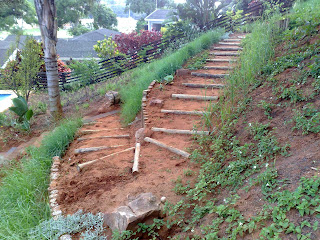 (I know I'm making this mole-hill sound like a mountain, but people by nature need to have things made as simple, easy and attractive as possible for them to make regular use of them)

After chatting with my client we decided to plant the sunniest part of the bank with wild grasses that would hold-up well with children running up and sliding down them. (I'm also trying to use as much wild grasses as possible - they are beautiful all year round, as well as bringing birds and other animals into the garden as well!)

Work began quickly, with the majority of the plants and grass on the bank dug out and removed or just cut back. We cut back some plants to ground level, on the steepest part of the bank so that the roots would still hold the bank in any heavy rain. 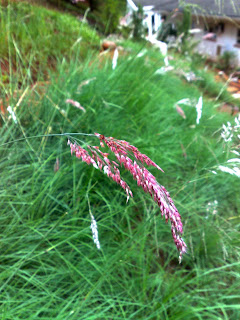 As it turns out, it was a good thing too. After getting the levels right, saturating the soil with copious amounts of compost, we had the first of several December deluges. The rains ran straight down the bank, only to form a small dam against the compost pile, which then proceeded to wash into the now muddy new pool.

The next step was to retain the sides of the pathway, using timber posts sunk, and concreted into the ground. The bank on either side of the pathway was planted up with fast-growing groundcovers and grasses. These would in the shortest possible time, hold the soil in place and look beautiful all year round. 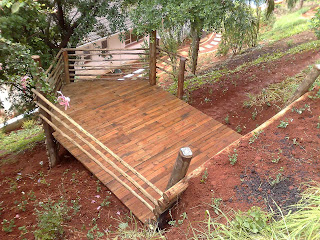 While the planting was progressing I began to see the potential for a tree house in the young Fig on the far side of the bank. The fig itself was too small still for a proper tree-house, but a deck that was built up to, or supported by the fig would be a real inviting place for kids or adults on a hot summer day. I made the suggestion to my clients, who loved the idea, and construction began a short while after.

The 'final' garden is now complete. It will be a while before the garden looks at its best, but it has already begun to blossom. It may need a bit of tweaking in a few months time, with a plant added here or there, but as the saying goes 'a garden is never finished'. 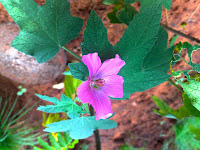 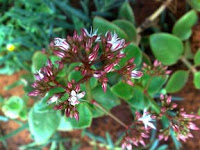 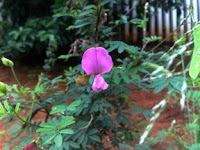 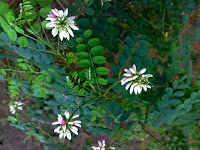 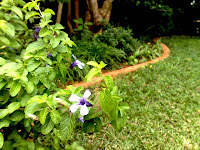 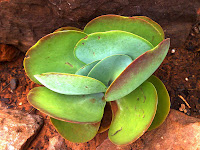 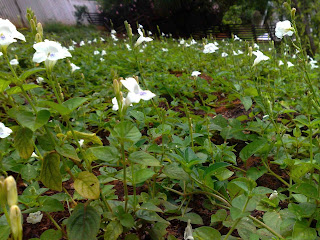 Asystasia gangetica
Fairy Bells/Creeping Foxglove
Asystasia is a thrifty little plant - doing much with little. It is often found growing in coastal dune forest with very little nutrients, sandy soil and often low light. When given any kind of care - water, light or food, it will repay you with fast growth and pretty little white bell-shaped flowers.

Asystasia is a great little groundcover when you are needing to stabilise a bank, or hold soil in place. It will grow well in sun or shade, although if grown in full sun with medium amounts of water it will tend to go yellow temporarily. It attracts butterflies and has a pleasant fragrance.