What are the differences between Indigenous, Endemic, Exotic and Alien Plants

In the 'stampede' towards being environmentally aware the waters of what actually constitutes environmentally sensitive has gotten quite muddied.
In this increasingly complicated gamble with our planet, you'd be forgiven for thinking that using any plant, as long as its green and alive, means that you're doing your bit for the planet. With this poker game though, the stakes are high, so its important to know some of the rules of the game before it goes any further. 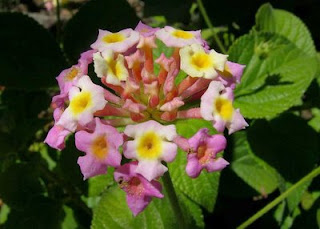 I thought it would be good to try and explain some of the words that I hear used so often, but in the wrong context.
For example, what does indigenous mean, and which plants are aliens? Why is an indigenous plant better than an exotic, and for that matter, why does endemic planting beat any other hand in the house?

Here are some quick definitions:

Indigenous/native - a general term used to group plants that would naturally occur in a fairly large geographical area. Both words have the same meaning, it just depends where you are in the world as to which one you might use. A plant is indigenous to an area, if it would naturally be found there without mans influence.

Endemic - is taking indigenous a step further (or closer actually) These are plants that would naturally be found in a relatively small region. The advantages of using plants that are endemic to your area is that they would grow best in your conditions, provide food for all kinds of creatures, and help maintain genetic diversity.

Exotics, are those plants that have been brought in from other places around the world, and very often require a lot of resources to keep them happy.

Aliens/invasives are plants that have usually been brought in as exotics, but are so well adapted to their surroundings that they spread uncontrollably, pushing out indigenous plants, and consuming precious resources at the same time.

Naturalised plants are those that have been introduced into an area, but are surviving and spreading without man's help. Naturalised plants tend to become aliens if they are particularly well suited to their environment.

If its possible you should always look for an Indigenous alternative to the plants that you are choosing for your garden. It may be a bit more research, but it will pay off in the long run, with birds and butterflies being frequent visitors to your garden. At the very least, if you plant exotics, make sure that they are not likely to consume large amounts of precious resources.

If in doubt, check your local municipalities or government for lists of good and bad plants.

My pleasure...I'm happy to hear that you found it useful Cheslin, hope your exam went well!