Behind The Scenes - Rooftop Garden

Its always a good feeling being called in to continue with a garden that you've planted years before. Its good to know that your garden has been appreciated.
I was called recently, by a client that I did work for about 5 or 6 years back - they've done some renovating and re-done the paving around the pool and house. In keeping with the fresh start to their home, they wanted to re-look at the garden.

A lot of the garden had been damaged by the builders (as usual), some plants had gotten a bit out of hand, but in general the garden wasn't looking to bad. Although it must be said, that it is hard for the garden to look bad, when your views from it are so good!

This garden was a little tricky, in that being a roof garden, it had a very shallow space for roots. Also, because it was so exposed, wind would exacerbate the problems associated with shallow roots. Another design consideration, was that my clients wanted to display their sculptures that they had collected on their travels.

The solution, was to plant grasses and flax-type plants (e.g. Dietes, Dianella, Liriope), that would create different textures and colours. These would not only be wind-resistant, but would look at their best as they moved in the wind. They would also, not need a deep space for roots. In between we planted small perennials (e.g. Agapanthus, Kniphofia) that would flower and add touches of colour.
We created paved axis, along which the sculptures would become the focal points, with the city skyline as the backdrop. 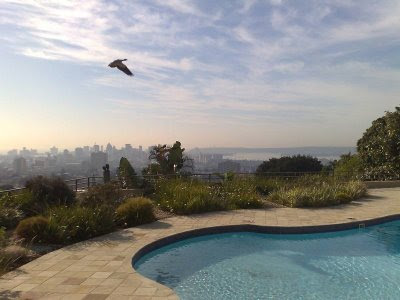 While I was taking these photos, a pair of Egyptian Geese flew past, and decided that the pool was a great resting point. 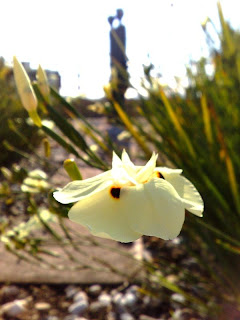 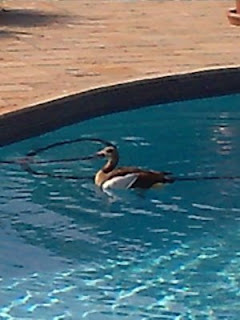 Hi Ross, I see you're a pro, not a trying-to-be, like myself. Now, that's really nice, and I loved this roof terrace – what an amasing outdoor space they have now! Jealous!