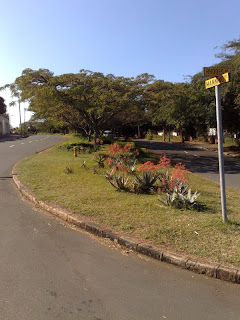 I've been working across the road from a reserve called Pigeon Valley Nature Reserve. Its a little breath of fresh air (literally) in the middle of the Berea (a suburb of Durban). Its part of a bigger picture of parks, open spaces, recreational areas and green corridors.
These all link together to create an environment that helps to preserve the city's ecological diversity, by creating corridors through which plants and animals can move through the city. It also helps keep our surroundings beautiful and green. 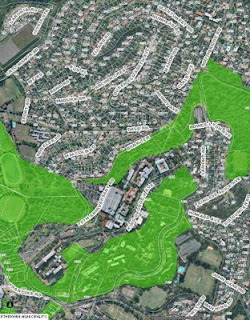 The planning of the Durban Metropolitan Open Space System (D'MOSS) began as far back as 1979, and has developed and transformed through quite significant political, social, economic and environmental changes in this country.
It has come under significant pressure in a country where housing, land ownership and land use is quite a strongly debated issue. But its value can't be underestimated - the savings to the city are conservatively estimated at about R2.24 billion (294 million USD). This is apart from the role that D'MOSS plays in providing clean air, fresh water, protected soil cover, protection from exposure to light, noise, heat, and flood attenuation.

It was quite a forward-thinking project when it was initiated, but I think the true positive effects of it will really only be fully appreciated decades from now. 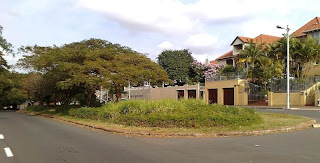 Pigeon Valley is a lovely space, isn't it? And DMOSS to me seems inspired. Which other city leaves its road islands untended for the specific purpose of maintining small wildlife? Thanks for reminding me about it Ross.