Advice on Dealing With Your Garden Designer

I've recently had some meetings with an architect where I presented some ideas for a project in the Umhlanga area.
I had initially presented an idea to him, where he gave good constructive feedback. He was very clear about what he liked, and what he didn't like about the concept. We agreed on the areas that needed re-thinking, and planned to meet the following week to review the changes. 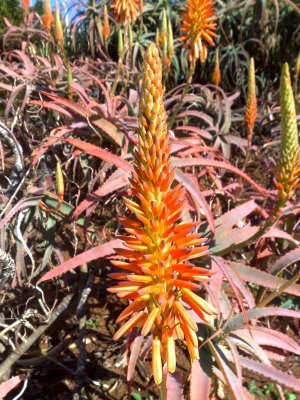 When we met again, he was very pleased with the final concept, and I left feeling quite relieved.
He was quite apologetic for being so direct with his criticism, but I assured him that I appreciated his feedback.
It really highlighted for me again the value of good, clear, honest communication. Only when we can speak openly without fear of offending, is it possible to get a final result that everyone is happy with. It was only because of his comments that I was able to improve on what I had initially drawn up.

Another aspect that is important to understand in this process of design is that when you are dealing with your landscaper/designer, nothing is final. Almost anything can be altered in order to improve the overall design, and its best to make changes earlier rather than later - because once the design is finalised, changes result in delays, which almost always bring extra costs.
at May 18, 2009

Really? He was apologetic? My clients have no problems telling me when they don't like something, LOL! You're spot on about flexibility. I always want to do at least a little tweaking. A design on paper never translates 100%.

Transparancy on both sides of the table is the best way to do business succesfully. Especially in the more creative sectors of the society. It happens often that commissionars are, afterwards, not happy with their architect and/or garden designer; most of the times caused by a lack of transparancy of one or both parties.
Sometimes people do not know what they really want and change their mind continuously. The initial process before making the first sketches is of utmost importance.