How Do You Classify A Garden?

Gardening in this new millennium, has become a very different creature to what it once was. In some ways this is an oddity - gardening as a craft being at its core, so basic and archaic, is so intrinsically separate from technology.
But technology has had its effect though - through the development and use of new materials and technologies but also through the spread of ideas via the internet and media. 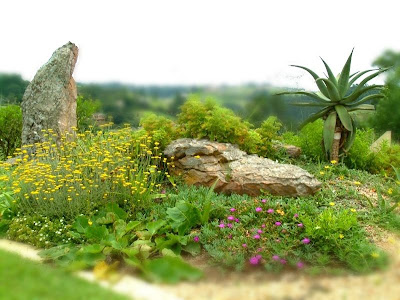 A Plant Dominant Indigenous Garden
There is more discussion taking place today about gardening and about what defines a garden than has ever taken place before. This conversation is occurring between professionals and hobbyists, intellectuals and labourers.

Out of this conversation, a question I've been asking myself lately is -

'How do you classify a garden?'

Even as I write that, I can hear some people saying, "Why would you even want to classify a garden? A garden is something to be appreciated and felt, and admired."
That is all true, but I see so many types of gardens, from all over the world that it is becoming harder to fit them into the traditional definitions that I'm used to, and as a result, harder to understand.

I believe that people take comfort in our ability to divide and classify the world and put it into nice neat little boxes. In some ways it even makes us human - this ability to define something.

Gardening as an art-form, has not been spared this need to separate and define. Formal, Contemporary, English Country, Eastern, Natural, Wild, Indigenous, Zen...the list goes on and on.

A Structure Dominant Wild Garden
With this classification of gardens into types, and because of the continual segmentation, and the blurring of lines, I believe there exists a need to define gardens in more general terms.

To explain, I'll use an example that we as gardeners are familiar with - just as a particular plant has a Genus, and is then divided into its species, the Species of gardens (i.e. Tropical, Minimalist, Formal) need to be grouped together into Genera.

This is necessary, not for the sake of classifying for classifying's sake.
But rather as:
The most obvious way of defining, would be to look for the defining dominance in the design of the garden.
This defining dominance would be primarily visual - it would be the character of the garden that unifies it or makes it stand out. It could also be intellectual - a garden built around an idea or concept that may or may not be immediately obvious, but that was the guiding principle behind its design. (e.g. Jenck's - Garden of Cosmic Speculation) 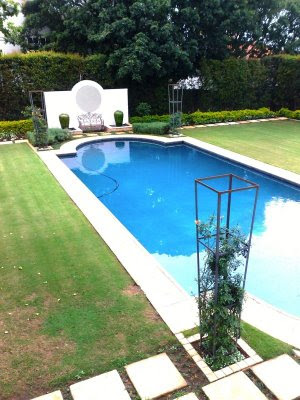 A Structure Dominant Formal Garden
But gardens are not always so easily put into their respective boxes, and here is where the Linnaeus analogy becomes inadequate. The gardens themselves may fall into more than one of the above groups. For example, a typical tropical garden at its essence is built around particular types of plants (Plant Dominant), but if the structure of the garden dominates, it could also be Structure Dominant. As to which is truly dominant would become a more subjective matter.

To use a more specific example - many of Gertrude Jekyll's garden's would have been strongly Plant dominant, but with Sir Edwin Lutyens' architectural input, they also had a very strong Structure dominance.

I see the practicalities of this idea being in creating a concept that makes communication clearer and simpler between client and designer, student and teacher, and between various professions relating to the gardening industry.

Gardening has been an art that has been nurtured by the hands of amateurs through the ages, and has at times, and in various cultures been analysed by the mind as well as the heart, but as the world gets internet-smaller, and communication happens across the globe, the thought processes behind garden design will and should become more apparent and utilised by the lay-person and professional alike.
For this reason, I believe that it would help if we spoke in similar terms.
at April 29, 2009

I dunno -- aren't the most useful classifications on three polarities? Formal-Informal, Symmetric-Asymmetric, and Eclectic-Themed? Or is that too general?

Good idea, useful terms. I feel like the latin names for plants make the general public's eyes glaze over, while I don't know common names for a ton of the plants I use. This might be the same type of thing, though, on the other hand, clients do love hearing their designer bust out the designer talk, "for the backyard we will be creating outdoor rooms..."

Hey Chookie, those classifications are useful, but I don't think they are adequate in clearing up ambiguities in defining a style?

Ryan - you're right about the latin names (and the designer-speak;), but they are helpful in making sure that we are talking about the same thing?

Excellent post, Ross. As a fellow designer, I agree classifications are helpful in communicating with clients, although sometimes we'll use the same words but mean different things. Sustainable gardening has become very important to people, but for some that means a hardcore, committed approach of no lawn, mostly native, on-site stormwater retention, etc. while others just want to irrigate more efficiently and reduce pesticides and fertilizers.

Exactly - in other professions there are generally universal terms to make communication clear, but in garden design, terms like sustainable gardening mean totally different things to different people. The time is coming when we are going to have to define our language.